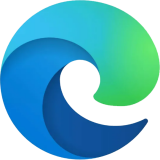 This month, Microsoft released its new version of the Edge browser into the wild. Overall, my opinion is that the new Edge (I'll just call that "Edge" from now on) is an improvement. But I've been using the developer edition for some time and I've found the product disappointing and Microsoft's attitudes about it confusing.

I should set the stage here a bit so my context is clear. While it's fashionable or at least common for pundits to ridicule Microsoft for its sporadic browser efforts, such commentary ignores history. That history has Internet Explorer 4 seizing the majority market share, for all intents and purposes running NetScape out of the business, and Internet Explorer 6 cementing that share in place, pushing to an over 90% market share. I believe the reason for that was very simple - Microsoft took its considerable experience and expertise in user interface and applied it to the browser, making IE a much more pleasant and productive experience. IE was free, which helped a lot.

Microsoft erred, however, on the technical side. In a number of areas, most infamously the so-called "box model," IE did not completely comply with HTML and CSS standards. This gave rise to other browsers based on other rendering engines (the part of the program that actually converts HTML/CSS into what appears on the display). Firefox, delivering far better standards compliance, came into being, followed by, most notably, Chrome. Microsoft's market share began to plunge and now remains well under 50%.

The IE7, IE8, and IE9 versions attempted to deal with the compatibility issues but in each case rendering fell short and compatibility remained a problem. It was not until IE10 and later IE11 that a Web developer like me could rely on the same HTML/CSS code being rendered the same on IE as it was on every other browser, if not perfectly then very, very close. Thankfully, finally, I've been writing CSS without regard to browsers for about two years.

Then came Edge. The "old" version was based on a Microsoft rendering engine. I found no problems with the old Edge but what I noticed was that Microsoft seemed to have lost its will to fight at the rendering level. That led to an incredible decision, 20 years after Microsoft entered the battle originally, to use a third-party rendering engine called Chromium. Of course, Chromium is the engine used by Google's Chrome browser.

I considered that decision complete capitulation. What I saw, especially in the early releases, was a browser that was almost exactly Chrome. I don't like Google's business practices and thus try to avoid Chrome as much as possible, so the last thing I wanted to see was a clone of Chrome. At that point, about the biggest selling point to be made about the new Edge was that it would be able to use most Chrome extensions, something that seems to make sense but just furthered the capitulation.

Chrome extensions have their own negative side. The promise of the Web is that it was to be open. Microsoft itself was severely criticized for what it originally called "dynamic" HTML (DHTML) because it was accused of attempting to corral the Internet into IE and thus dominate in that way, setting its own standards. Of course, DHTML is just JavaScript + HTML, exactly what drives interactivity on the Web today. Extensions are an entirely different matter; as it happens Google almost immediately built many of its own apps to use its extensions, making those Web apps inaccessible to other browsers. Full circle, but neither the press or the public nor government dumped on Google for doing far more than Microsoft was accused of almost two decades ago.

Other than my distaste for Google, why don't I want a Chrome Clone? Because the user interface in Chrome is horrendous. It is not even a match for IE4 much less the later versions of IE that supported tabbed browsing and the old Edge. The best UIs in browsers are Vivaldi, Firefox, and the old Edge, in that order. Chrome is at the bottom of my list and the new Edge is just a tad above it down there in the cellar. It's far too early to tell, but maybe Opera Neon will open the door again to interactive creativity and finely honed Web UIs.

"Be Like Chrome" is not a marketing strategy. It's Microsoft saying "we're giving up."

I have many complaints about the user interface in Edge but I'll discuss the two I've been the most vocal about in my feedback to Microsoft while using the DEV edition.

I think one of the strongest features of IE, dating back quite some time, has been the handling of the favorites bar. I turned it into an icon-based menu bar. Because I could specify a folder on the bar, I could create unlimited nested dropdowns for certain key areas of importance. For regular entries, I could opt to show an icon, an icon with the name, or just the name. Through every version of IE to old Edge, this menu bar was easily imported and configured just as it had been in the previous version.

The new Edge, on the other hand, has had endless problems with the favorites bar. Even in the public release it still isn't right. Worse, updates to the browser tended to break the favorites bar, mostly by not correctly importing a given entry's setting as to icon, icon/text, or text only. This resulted in my carefully constructed toolbar reverting to icon/text for every entry.

I was disappointed when new Edge did not import correctly from old Edge but gave it a pass on the assumption that this was a one time thing. My disappointment changed to fury when I found that every update reset my custom configuration.

Does this sound trivial to you? Ordinarily I would agree but I saw something deeper here. The favorites bar worked pretty much seamlessly for over a decade and suddenly Microsoft was not paying attention to it. I could have concluded that Microsoft was simply taking another direction but instead, because of other things I have seen in Windows and in other Microsoft products, I believe Microsoft's software quality has gone down and its testing protocols have been severely degraded.

That is a much more serious issue than just my comfort level with one feature in one browser version.

Full disclosure: I have recently received a series of emails from the Edge feedback system claiming that my observations and criticisms of the favorites system have been addressed in an upcoming release. Encouraging, but a future promise not yet realized.

When I open a new tab in a browser, my expectation is that it is the same as opening an entirely new copy of the browser. That has been the case in the past. This has subtly changed and I firmly believe that this is an attempt by Microsoft to control the first page you see when you open a new Windows. It's sneaky, too.

It is still possible to go exactly where you want when the browser first opens. In the past, opening a subsequent, new browser window or tab would do exactly the same thing. In my case, I happen to like starting off at Bing.com. Now, however, subsequent tabs or new windows open in Microsoft's start page. It is not possible to change this behavior and despite Edge's "courtesy" in greeting me with "Hi, Will" I don't like this at all.

You can argue about my choice of starting page later. Right now I'm talking about what happens regardless of how you or I prefer to start. If you wanted all new tabs or windows to open on your personal Web site, you couldn't do it.

I consider this a user interface issue because it affects my interaction with the Web by taking a decision point away from me. Unfortunately, it's Google-like and that alone is enough to get my dander up.

On the plus side, it seems that Microsoft has managed to make remarkable inroads to the Android and iOS spaces. I liked my Windows phone very much because it was totally integrated into the Microsoft stack, making it very attractive to anyone invested that way. Amazingly, Outlook has become a hot property on the other platforms. Perhaps more amazingly, I was able to load the New Edge onto to my (inferior) Samsung Android phone and set it as the default. It's working well and allowing me not to use Chrome!

What does that mean? Well, with everything so Web-centric, maybe my view of the Microsoft stack has to change from a Windows-centric one to an app-based one. That doesn't mean I don't care what's at the bottom of the stack and I still prefer Windows, but the key is getting work done and dealing with life with multiple devices.

Microsoft has bungled IE pretty badly for the last ten or so years and that means the jury is still out. But even with my skepticism and disappointments, maybe things are heading in a good direction.

A total of 70 related articles were found. See them all...